The video editing software included with Apple devices hasn't changed much in the past several years, but it still beats what you get in Windows 10, which is just the (admittedly improving) video.

If you’re a video editor who uses a Mac computer, then I’m sure that you’re at least a little bit familiar with iMovie. iMovie is a video editing software that is typically included for free with Mac computers, and it’s a much more powerful tool than you may expect something to be at this price. (Compared to Windows Movie Maker, which is its Windows counterpart, it’s amazing.) It’s something that a lot of people really like to use. However, it’s entirely exclusive to the Mac platform. You can’t use iMovie if you have a Windows PC. This is unfortunate for Windows users, obviously. There are still plenty of other neat video editing programs that can be used in Windows, though. In this article, I’m going to be talking about some of the best iMovie alternatives for Windows PC’s. I’ll try to list programs that suit a variety of different budgets. Without further ado, let’s jump right into this.

Adobe Premiere is pretty well known as a video editing program, and Adobe Premiere Pro has significantly more features than Adobe Premiere Elements. Premiere Elements is a lot more simple, but Premiere Pro is obviously a more comprehensive tool. Premiere Pro is compatible with both Mac and Windows systems, it’s widely considered the best video editor that you can get anywhere. This program is used in television, film, and to create content for the web. It’s a seriously top tier program, and I think that it could easily be argued that it’s superior to a program like iMovie. In Adobe Premiere Pro, you can do pretty much anything. You can create graphics directly within this program and drop them into your video. You can also edit things like sound quality and color. It’s a versatile, collaborative tool, and I don’t think that its utility can be denied. 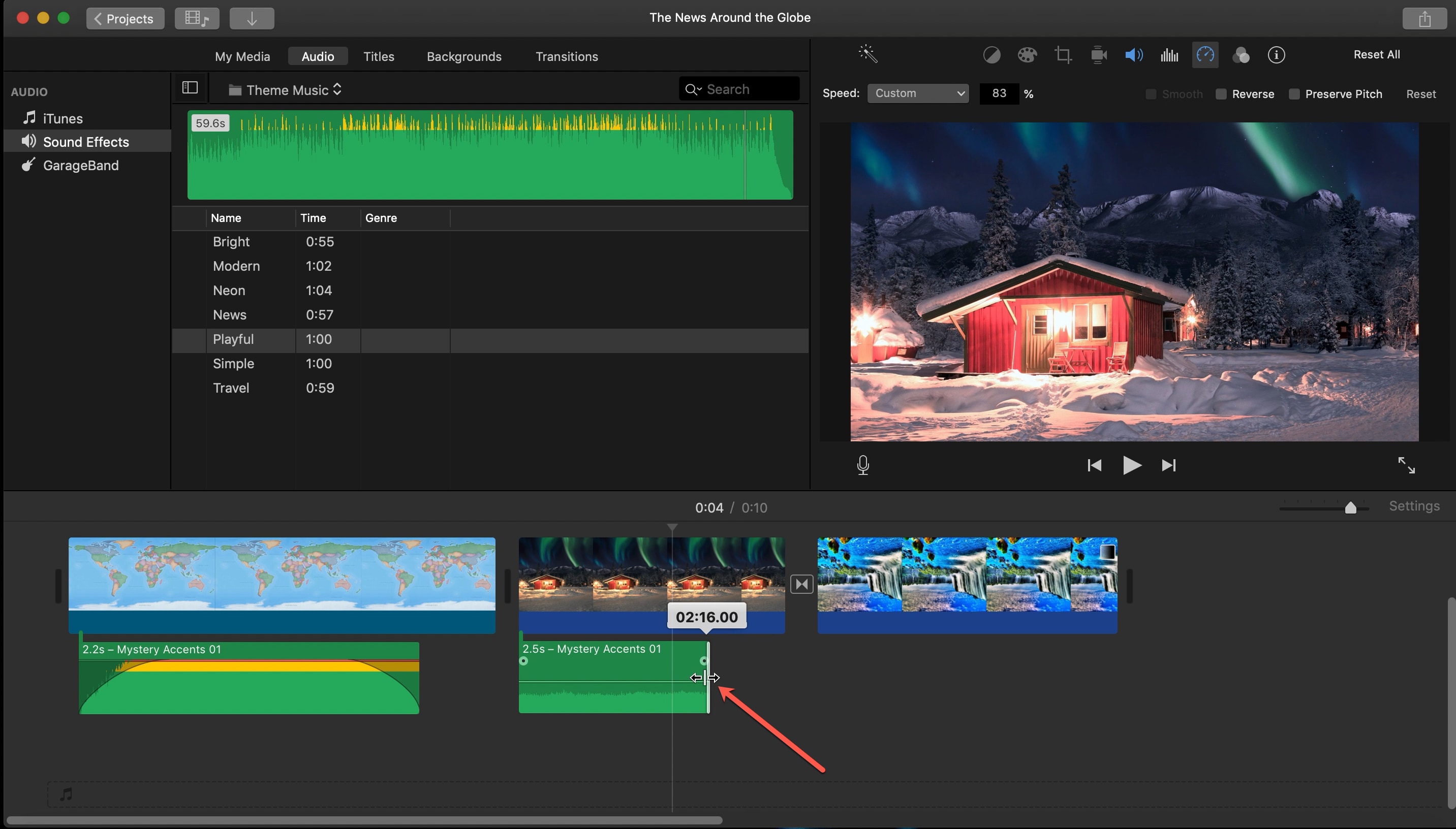 However, because of its reputation and because of its high quality, Adobe Premiere Pro is also pretty expensive. Adobe’s licenses with this project go out on a monthly subscription basis. A month of Adobe Premiere Pro access costs $19.99 per month. That isn’t the most affordable price for most people. That adds up to just under $240 per year. This price is a serious expense, and it may not be viable for someone who is looking to edit videos in a more amateur or “hobby-friendly” setting. However, if you’re a professional, this may be the kind of thing that would pay off in the long run. For that reason, I can’t really recommend Adobe Premiere Pro to everyone looking for a video editing software. The program is still a very good option to consider, though.

The next video editing program that I wanted to talk about is VirtualDub. This program was originally started as a side project by its developer, and it was meant for use as both a video capturing and video editing tool. Like most programs that have such humble beginnings, today, VirtualDub is entirely free, and it’s always been open source. It doesn’t have the bells and whistles that you may find in a more comprehensive video editing software, but it has the essentials. With VirtualDub, you can cut down video, reorder scenes, and place a ton of different filters over your video. Video filters included with this program include emboss, smooth, blur, threshold, brightness, contrast, and sharpen. Again, these aren’t the most advanced or fancy features, but they could still prove useful in editing your next project. The main issue that I have with VirtualDub, though, is that it only really supports the .avi file format, which isn’t really universally used in video.

In considering the merit of VirtualDub, there are a few things to consider. First of all, since this tool is completely free, I don’t know if it’s really fair to directly compare it to a paid program. However, compared to many of the paid programs out there, VirtualDub lacks a lot of features. It’s sort of limited in what it’s capable of doing. Not to mention, since its development was discontinued three years ago, it’s not like you can expect the program to evolve or change in any way in the coming months. For all intents and purposes, what you see is what you get. With all of that said, I do think that there is something to be said about this program. If you’re looking for a quick and easy video editing solution–one that doesn’t require work that’s too advanced–then this is the program for you.

VirtualDub isn’t the only free video editor out there, though. VideoLan Movie Creator is a free video editing program that is compatible with Mac, Windows, and Linux devices. This program is also known as VLMC, and you may be familiar with its developers. It was made by the same people who made VLC Media Player, which is a free, easy to use, and comprehensive media player that is very popular among people on every platform. Based on what I’ve seen of this program so far, I think that it’s shaping up to be something really special. There really isn’t anything out there yet that I think is the go-to cross platform video editing software in the same way that VLC Media Player is the go-to cross platform video player. This program promises to be lightweight and easy to use, but majorly powerful. And just like how the VLC Media Player is capable of playing video from a variety of different formats, VideoLAN Movie Creator will be able to work with plenty of file formats, too.

As much as I would love to champion this video editing software, it’s not even out yet. The VLC team isn’t going to be so quick to put an unfinished program out there. This program is still in beta, and they want to make sure that everything works perfectly before they put it out for the general public. I feel like I might be cheating a little bit by putting this program on this list of iMovie alternatives, but I also feel like VideoLan Movie Creator is sure to become a force in the video editing sphere upon its release. This is one of those developments that I think people should really keep a close eye on. VLC Media Player was and is a huge success, and if VideoLan Movie Creator could replicate that success then we would be onto something major. I would keep tabs on the development of this program, for sure.

Next is Shotcut, which is yet another free video editor. This program is also available on Windows, Linux, and Mac. Although this editor is free and open source, I assure you that it’s one of the most sleek and comprehensive free video editors that you can find right now. Shotcut has plenty of features. It supports a ton of different video and image formats, and it supports direct audio and webcam capture. It even supports 4K resolution videos, which not every editor does. From Shotcut, you can edit both the audio and video of your project. Audio editing features include mixing support, volume control, and audio filters. You can add different effects to your videos like transitions, and you can also tweak things like color and saturation. As far as actual editing goes, you can cut, copy, paste, trim, and do just about anything that you would want to be able to do. I think that Shotcut is sort of similar to a program like Adobe Premiere Pro in terms of its versatility. Although it lacks a few of Premiere Pro’s core features, a lot of them are still there.

My main issue with Shotcut is that, like many other open-source programs, it isn’t the easiest to use. I’m not sure if I could recommend this software to someone who isn’t very tech savvy. Due to the abundance of features here, I think it’s very easy for someone to get lost in an ocean of menus. Shotcut is sort of like the opposite of VirtualDub, where I think its downfall may be the fact that there’s just so much of everything. However, if you’re someone who is good with technology or if you already have a fair amount of experience working with these sorts of programs, then I think that Shotcut is absolutely perfect for you. It’s probably my personal favorite software on this list, and it has a lot of merit as a tool that is sleek, refined, and functional.

Finally, I wanted to talk about Pinnacle Studio. Pinnacle Studio is a video editing software that has a ton to offer. This program comes in three different “tiers”. The most basic version costs $49.95, the Plus version costs $79.95, and the Ultimate version costs $99.95. Each version, obviously, has a different set of features. In the standard version, you get most of the essentials. You have 2 camera multi video editing, split screen video, stop motion animation, 1,500+ effects and transitions, and 6 track multi-track frame-accurate editing. In the Plus version, you get all of that and more, including live screen capture, track transparency, motion tracking, and audio ducking. Finally, in the Ultimate version, you get all of that plus 360 video editing, 4K Ultra HD video editing support, unlimited multi-track frame-accurate editing, and more. When you’re deciding which of these versions are right for you, you’re really just going to be looking at your individual budget and your individual needs.

I like that Pinnacle Studio has their programs structured in this way, because it basically allows you to pick and choose the strength (and thus the cost) of your video editing software. If you need something more affordable and a little less overwhelming, then you can just buy the standard version. However, if this is your profession and you want to have a tool that’s a little more complex or hardcore, then you can just buy the ultimate version. It’s a user friendly way to do things, and I’m a big fan of it. Plus, all of these features that I mentioned go along with Pinnacle Studio version 20.5. This software is still being updated and developed, which means that it can only improve and become more powerful over time. If you don’t mind spending a little bit of money to purchase a license for this product, I can’t recommend Pinnacle Studio enough.