Today, we will talk about one of the most sacred, supreme, powerful and popular Mantras and that is the Gayatri Mantra.

Besides being the most ancient religion of the world, the Hindu religion also has a deep spiritual significance attached to it.

One such sacred aspect of Hindu religion is the “Mantras.” The rishis and sages created Mantras in Sanskrit.

The Mantras not only convey some meaning, but their chanting goes on to create specific energies which help devotees attain fulfillment in the material and spiritual dimensions.

Mantras are also used in Hindu religious ceremonies and during worshiping of Gods and Goddess.

Here, we describe the mantra meaning & benefits of Gayatri Mantra.

What is Gayatri Mantra?

Gayatri Mantra is a Sanskrit Hymn enshrined in the ancient Indian Scripture of Rig Veda.

The Mantra can be found in the Rig Veda (Mandala 3.62.10) and is dedicated to Savitr, a form of the sun.

Gayatri is regarded as the most sacred phrase in the Vedas.

It is also known as Savitri Mantra.

The Mantra is to praise Goddess Gayatri who is considered as the single supreme personality. Sage Vishwamitra is attributed to have written the Gayatri Mantra.

It is a Mantra which inspires righteous wisdom and illuminates the intellect of the devotee leading him on the path of knowledge.

Gayatri Mantra is a prayer of praise for awakening the vital energies and giving liberation and deliverance from ignorance.

It is a sacred chant that underlines the unity that exists in the manifoldness of the creation.

However, nowadays it is even practiced by women and all castes.

The Gayatri Mantra forms an essential part of the Upanayana ceremony for young males in Hinduism.

People believe that if a person regularly chants the Gayatri Mantra, all the problems are solved, and he is endowed with righteous wisdom.

The Mantra contains the essence of the Vedas. It is a universal prayer which fosters and sharpens the knowledge-yielding faculty.

In fact, the four core-declarations enshrined in the four Vedas are implied in the Gayatri Mantra.

It is a complete prayer for protection, nourishment, and liberation.

Its pious repetition clarifies our passions and promotes the feeling of love. It purifies the mind and confers wisdom, detachment, and devotion.

We meditate on that most adored Supreme Lord, the creator, whose effulgence (divine light) illumines all realms (physical, mental and spiritual). May this divine light illumine our intellect!

Firstly, the Divine is praised, then it is meditated upon, and finally, a prayer is made to the Divine for awakening and strengthening our intellect.

You may like: Laxmi Mantra for Money and Wealth

Who is Goddess Gayatri?

The Goddess Gayatri is regarded as the Mother of all scriptures including the sacred Vedas.

She is considered as the Goddess of Knowledge. She bestows pure thought and provides divine intellect to anyone who worships her.

Hindus regard her as the embodiment of all Goddesses. She has the power of destroying all sins.

She protects and nourishes every being and channelizes our energies in the proper direction.

Goddess Gayatri has five faces symbolizing the five principles of life. She inspires us with good intelligence and bestows on us everything we need.

She has three names – Gayatri, Savitri, and Saraswati. Gayatri represents the senses; Savitri is the master of Prana, and Saraswati is the presiding deity of speech. So, they represent purity in thought, word, and deed.

Goddess Gayatri is often associated with Savitr, who is a solar deity as described in the Vedas.

According to the Puranas (religious texts of the Hindus), Gayatri is considered as one of the consorts of Lord Brahma.

However, Shaivite texts say that Gayatri is the consort of Shiva in his highest form of Sadashiv that has five heads and ten hands.

What is the Gayatri Mantra used for?

First, the mantra is a gift back to the sun.

It is an offering of gratitude to the sun.

Secondly, the mantra is used to seek wisdom and enlightenment.

It encourages us to gain pure enlightened intelligence. It is an earnest and heartfelt prayer to the Supreme Being for enlightenment.

Finally, The Gayatri Mantra is an expression of gratitude to the divine.

In the simplest interpretation, it’s an appeal to the Supreme Being to illuminate our intellect and lead us to the part of truth and righteousness.

It’s a prayer to awaken the vital energies and liberate us from ignorance.

As per the Vedas, there are seven planes or realms of existence. Each of these planes is more spiritually advanced than the previous one.

It is only with spiritual development that we can progressively move these realms, and finally merge with the Supreme Consciousness.

The chanting of Gayatri Mantra helps us to connect with these seven great spiritual spheres of existence.

The words in Gayatri are so arranged that they not only convey meaning, but they also create very specific positive vibrations to enlighten our intellect through their utterance. 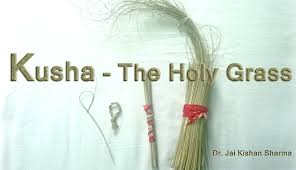 A Gayatri Sadhak experiences the presence of divine power within oneself. The regular practice of Gayatri induces immense strength and peace of mind. 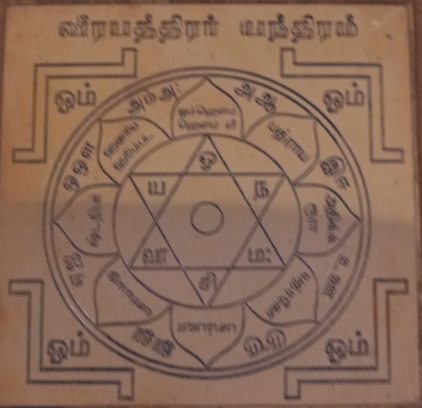 The secret of immense power in Gayatri Mantra lies in its very configuration of the specific syllables in the mantra.

The twenty-four special syllables of the Mantra create special resonance in the nerves and various regions of the subtle body.

The continuous repetition of the Gayatri Mantra creates a magnetic charge in the seeker’s mind to link with the supernatural power-currents.

The continuous repetition of Gayatri Mantra makes our mind sharp. Our immune system becomes strong, and our hearts are open.

The vibrations of the Gayatri Mantra activate the energy centers in our body. It has a positive healing effect on our life force energy known as Prana.

The Gayatri can be listened to, chanted, or even thought. All the three approaches are very powerful and potent. You should go with the approach that is most comfortable for you.

Who wrote the Gayatri Mantra?

According to Hindu Scriptures, Sage Vishwamitra is credited with the Gayatri Mantra.

It is believed that Sage Vishwamitra acquired Gayatri Mantra from Lord Brahma after extreme penance and meditation.

The chanting of the Gayatri Mantra creates a very specific kind of vibrations which induces the power of righteous wisdom in the mind of the person who utters this powerful mantra.

It is believed that countless spiritual seekers attained great spiritual powers through the chanting of the Gayatri Mantra.

It is said that a person who regularly chants Gayatri Mantra begins to feel the presence of divine power in the inner self and attains immense strength and peace of mind.

The chanting of the Mantra helps to activate virtuous talents and supernormal potential. The road to self-realization becomes easy for ones who regularly chant Gayatri Mantra.

The prolonged repetition of the Mantra has a positive effect on our body, mind, and soul.

Our mind becomes sharp; our immune system becomes strong, and our hearts are filled with divine love.

The Gayatri Mantra has a healing effect on our life force energy.

Here, we have listed out the benefits of the Mantra:

The chanting of Gayatri Mantra purifies your body, mind, and soul. It makes you feel relaxed thus increasing your concentration.

The mantra starts with Om which helps to calm your unstable mind thus providing you peace of mind.

Builds up your Learning Power

The enchanting of Gayatri Mantra helps to build up your Learning Power. It improves memory, concentration power, and focus.

The chanting of this mantra creates a vibration which activates the three chakras of the crown chakra, throat, and third eye which helps in improving your learning power.

The recitation of Gayatri Mantra requires you to take deep controlled breaths.

This improves the functioning of lungs and improves your breathing pattern.

Help to keep your Heart Healthy

The regular recitation of the Gayatri Mantra helps to synchronize and regularize your heart beats.

It keeps your blood pressure in control thus keeping your heart in a healthy condition.

The chanting of the Gayatri Mantra creates a resonance effect which helps to boost nerve functioning.

The mantra helps to stimulate the release neurotransmitters which are crucial for the proper conduction of impulses.

The chanting of the Gayatri Mantra boosts the functioning of your brain. It gives relief from stress making you more flexible.

Goddess Gayatri has the powers of Durga, Saraswati, and Lakshmi. So, reciting the Gayatri mantra brings strength in three forms.

Chanting of Gayatri Mantra helps to solve marriage-related issues. It dispels the negative position of the stars and brings about successful marriage relationships.

And last but not the least, chanting of Gayatri Mantra brings about prosperity, wealth, and overall development in life.

The Sanskrit words of the Gayatri Mantra have tremendous power. However, it is necessary to chant them correctly and with the purest of hearts.

So, it is important for you to chant it using the correct pronunciation and with the deepest integrity of intent.

It means that you need to know the meaning of the Gayatri Mantra so that you can better relate to it.

Om is the primeval sound from which all sounds originate. The Om is Brahma or the Supreme Being.

Om Bhur Bhuvah Swaha – We invoke the Creator who is the abode of supreme joy.

Tat Savitur Varenyam – Tat refers to THAT and denotes the Supreme Being. Savitur denotes the radiating source of all life and Varenyam means the most desirable.

Diyo Yo Naha, Prachodayat – Diyo means our intellect. Yo means He Who, Naha means our, and Prachodayat means May He Guide Us.

So, we can say that Gayatri Mantra Meaning:

“We meditate on the Supreme Being who is the creator and inspirer of eternal joy. May his loving Light inspire us, and guide our mind towards righteousness and open our hearts.”