Mount and Blade Warband server rental prices from verifed game server companies. Reviewed by verifed gamers we give you the best deal on your Mount and Blade Warband game server. To run Mount and Blade: Warband on high graphics settings your PC will require at least a 0MB GeForce 7800 GS / Radeon HD 4650 with a Pentium D 830 3.0GHz or Athlon LE-1660 CPU. Multiplayer is a major and core addition to the Mount&Blade series. In Mount&Blade: Warband, it allows the player to fight against other players or bots (computer-generated and -controlled opponents) in a selected map with seven game modes.The lobby is the main directory for finding servers. It shows the server's name, player count, map, game mode, module currently used and an average latency.

What is Mount and Blade Warband

In a land torn asunder by incessant warfare, it is time to assemble your own band of hardened warriors and enter the fray. Lead your men into battle, expand your realm, and claim the ultimate prize: the throne of Calradia!Includes and Supports: Fire & Sword, Napoleonic Wars and Vikings Expansions! Read More

In a land torn asunder by incessant warfare, it is time to assemble your own band of hardened warriors and enter the fray. Lead your men into battle, expand your realm, and claim the ultimate prize: the throne of Calradia!Includes and Supports: Fire & Sword, Napoleonic Wars and Vikings Expansions!
All our mount and blade warband servers are fully moddable, we include and support all major mods that have had server files released. If you want us to provide a one click install for a mod, as long as the server files are available we can provide this for you, free of charge.

All our Game Server Services come with the features you need 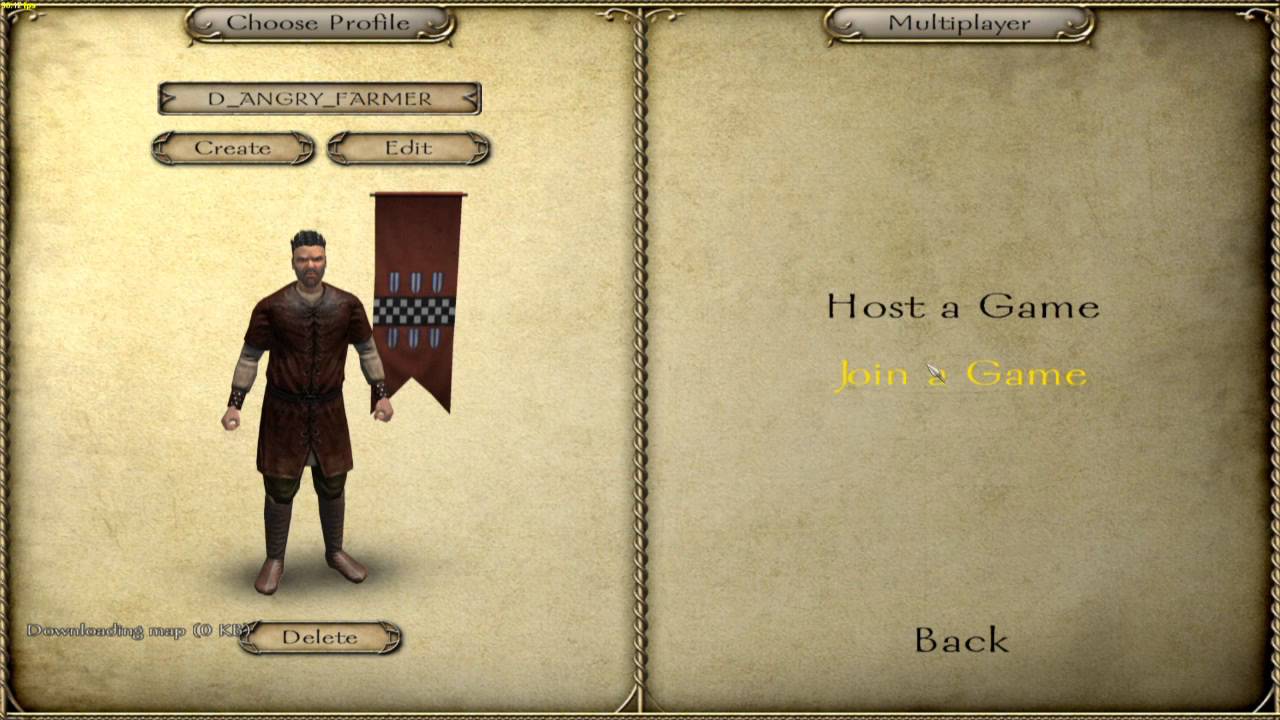 Our full featured, game control panel allows you to configure and customize your game servers. Install supported mods / maps, switch locations, and change any setting with one click.

Start, Stop, Reinstall, you have full control over your server with one click. You can schedule tasks to run scripts, backups and more!

Edit your server's configuration with the click of the button, change the Server name, password, Game settings, set admin permissions or view server logs, your in control.

Backup and deploy it to your server from a click of the button, never worry about loss of server data again, these can be scheduled too!

One click install mods to your servers, no need to configure a database or script again, simply click and play.

Switch to and install mods at any time with one click, straight from our game control panel, latest updates are always available

Click here to configure your server and have it deployed and live in minutes! 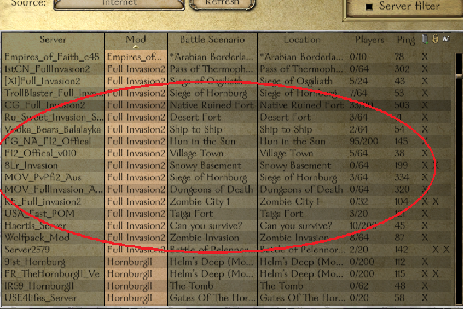 Fighting Games 87
We are a fun, casual Game of Thrones themed chat that is focused on enjoying the Mount and Blade experience. We are fairly new, and we still have many positions to fill!
---Why You Should Join---
>We have a fun and interesting rank structure based on Warband's troop tree system.
>We hold events at least twice a week (we play together very often) on various mods, keeping your time with us fresh and fun.
>Skill/experience isn't so important to us as your ability to be part of a team. HB is a big believer in fighting as a unit rather than relying on individuals to carry the rest. We place a large emphasis on teamwork.
>You may have the opportunity to found your own house and make a name for yourself!
---What You Should Know---
>We are mostly NA, with some EU players
>You must have a Mic and Discord
>If you are already in a clan no worries! We are now accepting mercs!
>We play Osiris, NW, AZW, Native (with other mods on the side)
>We play a variety of mods to keep things interesting!
Hope you join!
https://discord.gg/MwzPNUF
All Games 26
the 13fw has the following
-attend as regularly as you can , as we have 1 event per week
-A stable server on mount and blade
-Teamplay is how we play , individual skill isn't as important as chilling and having a blast
-Active discord , VC in EU and NA times
-A moderate size community that's down to play any kind of games
RPG Games 7
We are a mount and blade roleplay server, currently with a small yet active community. Though it's mount and blade, you don't have to be familiar with the game to play: just view it like an ahistorical medieval world and you'll be fine!
701 days ago
Strategy Games
Make this server a good active server by joining and playing with your buds.
- Specific Channels for each original Mod (Napoleonic, Vikings)
- NSFW Memer bot for the naughty bois
- Support mostly 24/7
- Looking for mods

Mount And Blade Warband For Pc

I am Colonel B34st of the 15th regiment Scottish infantry and we are recruiting people who are looking to join a regiment we building up day by day with new chat rooms and rewards to our troops and officers who distinguish themselves in battle we have friendly staff and bots to have fun and mess around with our owner Field marshal welsh ranger is always looking for officers and NCO'S with past regiment experience to come lead our men in drill, events and games that we just laugh and mess around in hope to see you soon. Col b34st