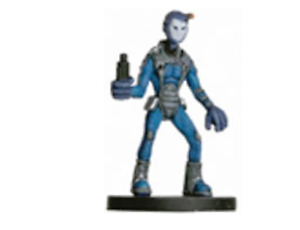 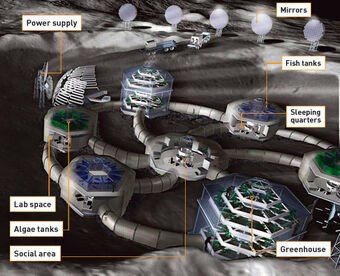 In the fringes of the Subterrel sector of the Outer Rim Territories, Polis Massa was once an intact world that was home to the underground-dwelling Eellayin people. The people mysteriously vanished when the world was destroyed by an unknown and ancient cataclysm.

Polis Massa is now a jumbled collection of lazily floating asteroids, and has a small Outer Rim mining settlement far removed from the more populated areas of the galaxy. The airless rocks are host to sealed outposts inhabited by the strangely silent Polis Massan aliens.

Over 500 years ago, an archeological expedition began combing the rocky fragments for the remains of the Eellayin. The alien researchers, believing themselves to be descendants of the Eellayin, became so entrenched in the asteroid remains over the centuries that they simply became known as Polis Massans to all who dealt with them.

One of the largest topside facilities is called the Local Dig, and it is situated above the remains of Wiyentaah, an Eellayin city that the Polis Massans are meticulously uncovering. The interior of the Local Dig's scientific chambers are kept in pristine and sterile conditions, preserving any fragile artifacts that are found. The medical centers are stocked with the latest in recuperative technology, though it is tailored for the physiology of the alien researchers. The Polis Massans employ cloning technology in attempts to recreate extinct or vanished pre-cataclysm life-forms from any scraps of usable genetic material found within the rocks.
Polis Massans keep to themselves, discreetly digging away at the rocks and desperate to avoid attention. Given the rampant piracy found in the Outer Rim, their solitude is warranted -- they do not want to attract the avarice of space-faring tomb raiders. This isolationism made Polis Massa the perfect refuge for Jedi fugitives.

It was at one of these outposts that Jedi fugitives Yoda and Obi-Wan Kenobi regrouped following the disastrous decimation of their order by the rise of Empire. Having failed to thwart Palpatine, Yoda fled to Polis Massa with Bail Organa to recover. Obi-Wan Kenobi, having defeated Darth Vader on Mustafar, soon joined them.
He arrived on Polis Massa aboard Padmé Amidala's Naboo star skiff, and carried an ailing Amidala aboard. The Jedi rushed Amidala to the medical center, where the Polis Massan medics and droids tried to stabilize her vital signs.
Padmé died on Polis Massa, but not before delivering the twins she was carrying. She gave birth to Luke and Leia, infants that carried with them the hope for the future.

During the Galactic Civil War shortly before the Battle of Yavin, Imperial intelligence tracked the Death Star plans to a small Rebel outpost in the medical center. The 501st Legion stormed the facility, and managed to obtain one holodisc. Overall, the raid was only a partial success, with the Rebels beaming the remainder of the plans to Princess Leia Organa's corvette the Tantive IV orbiting over Tatooine.

The Polis Massan are a faceless race of xenobiologists who migrated to the Polis Massa asteroids in search of archeological remains of the Eellayin whose homeworld was destroyed in some cataclysm which created the asteroids. Little is known of their actual homeworld other than they too come from Subterrel sector, the same area of space that contains their asteroid home. With time they became so associated with the asteroid remains that they became known as: The people of Polis Massan. 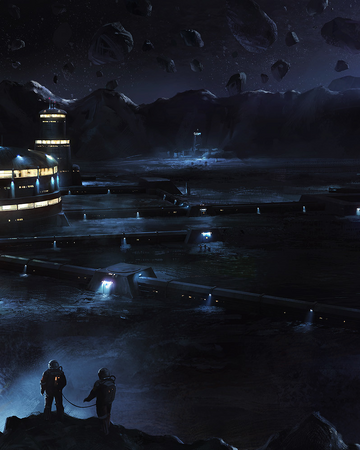 Polis Massans are short, thin beings with a flattened and pale face. They have grey hands each with four long, dexterous fingers. Polis Massans are mute and thus use sign language or machines to make their intentions known. Over the centuries, Polis Massans have developed a mildly telepathic brains and deep-focus eyes, due to many of them being miners, medics, or exobiologists. These beings have osmotic membrane faces and growth-rings circling their wiry bodies.

They are very fascinated by other alien species but they retain themselves from interaction with them. Their xenobiological records of the different cultures are believed to contain more information than the libraries at the core worlds, and that is a feat if we consider how rare their open contact with other cultures is.

In one of the rare dealings with outsiders the Polis Massans made contact with the Kaminoans, exchanging some of their xenobiological data for cloning technology. The Polis Massans have adapted this cloning technology for their needs, using it in hopes of reconstructing biological matter they find in their archeological digs. Needless to say, this technology has become very useful in their research of the past.