THE SNAKE is Shane MacGowan's 1st solo album. Post Pogues MacGowan was older, perhaps mellowed, and in charge of the recording studio. Shane Mac Gowan and The Popes The Snake FULL ALBUM 1 The Church of the Holy Spook 2:59 2 Nancy Whiskey 2:58 3 Song With No Name 4:06 4 Aisling 2:58 5 Roddy M. Lyrics to 'Song With No Name' by SHANE MACGOWAN AND THE POPES: Long years ago I fell in love / With a lady proud and fair / So passionate were she and I / We made fire in the air / I loved her more than life itself / She loved me just the same / And it broke my heart /. Shane MacGowan, Discography, Albums, EPs, Singles, at theBalladeers. Album Releases: Shane MacGowan and the Popes. The Snake: 1994 — 7 Releases. The Snake: 1994 - ZTT Records 4509-98104-1 LP (UK – 12 tracks).

Shane MacGowan hasn’t written an original melody in his life. He has, however, written some outstanding songs, most of them during his years with the Pogues, songs filled to the bursting point with drunken poetry and soul. The Snake, MacGowan’s long-in-the-making solo debut, is as impressive as anything he has done, mostly because he’s seriously expanded his musical repertoire. The Popes rock hard, and there are enough Pogues on hand to recapture the punkish energy and twisted Gaelic roots of that great band. 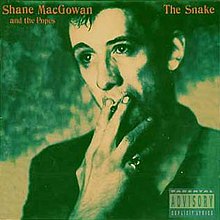 The Snake begins with an irreverent proclamation of faith in “The Church of the Holy Spook,” which is followed by a tale of years lost to “Nancy Whiskey.” Just when it’s sounding as if MacGowan really has gone straight on us, “That Woman’s Got Me Drinking” returns to his rowdier ways with a driving melody evocative of (read: lifted from) U2’s “Desire.” In addition to borrowing from his own contemporaries (“Holy Spook” relies heavily on the Clash’s “Bankrobber”), MacGowan continues to draw on both traditional Celtic and American folk music. And every now and then, the Popes add moments of guitar-driven garage rock that kick fiercer than anything the Pogues ever approached. “Victoria” (no, not the Kinks’) can be added to the list of great name songs, taking a poke in the process at another great name song and a fellow Irishman in its reference to “a fat monk singing Gloria.” 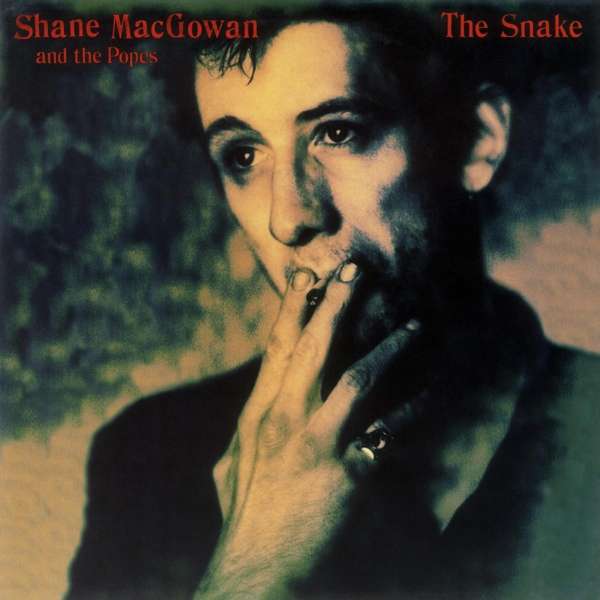 The ethereal appearance of Sinéad O’Connor well into the proceedings is a jarring change of gears after so much of MacGowan’s gruff, increasingly bawdy presence. Their duet, “Haunted,” falls into trite, saccharine sentimentality at times. Still, their combined vocal skills manage to convey the real pain behind the hackneyed lyrics and arrangement. “Haunted” is by no means the best song on The Snake, although it may become the best known. MacGowan has a canny intuition about what he can get away with; “Haunted” is the only time he falters on The Snake. His talents are as profound as the demons that haunt him, and the battle between them rages on.

Shane Macgowan And The Popes The Snake

Shane Macgowan And The Popes The Snake River